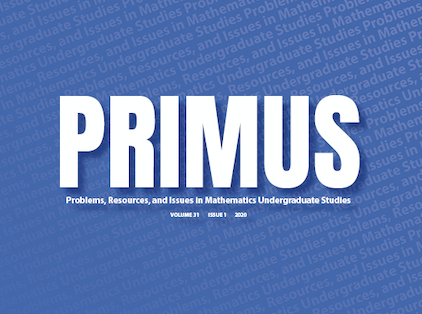 One of the most common conversations I have with authors is about my strong, negative reaction to the term real-world. I believe that this seemingly-innocuous term embeds a problematic ideology in at least two related ways. Let me explain:

I think that most people use the term real-world to assert that a phenomenon is realistic, messy, or authentic because its origins are not in a school context. I certainly support educators in attending to these aspects of learning environments beyond the famously shallow levels seen in problems about 57 watermelons. But the term real-world subtly suggests that some tasks are unrealistic/inauthentic and others are realistic/authentic and that the realistic/authentic ones come from only outside the classroom and are necessarily better.

In this duality framing, the real-world phenomena exist on their own and are simply transported to classrooms, but the others are constructed and are much simpler, parallel to the way some curricula treat the real and rational numbers. The real-world phenomena can be approximated but never replicated by simpler (rational/school) ones, and teaching involves deciding when students can handle moving from rational to real numbers. I’m not sure if the parallelism in my Section heading holds up here because from this perspective it’s the real-world phenomena that are “natural” while the simplified phenomena are unnatural.

But the duality in this framing is false! Any time we, as humans, interact with a phenomenon, we are choosing how to model and represent it (aside: and all of those models and representations are political). Teachers do engage in this modeling, but so does anyone in business, government, or industry (BIG). I certainly agree that a student who graduates with a degree in applied math but has never participated in the cleaning of data is going to have some significant struggles if left to execute an analysis on their own, but just because a project involves cleaning messy data that was gathered off campus does not mean that the students experience it as “authentic”, whatever that means.

I think this critique is aligned with the critiques of shallow attempts to implement culturally responsive and sustaining pedagogies (CRSP). One example of such an attempt is a fractions task placed in the context of cooking tamales that becomes shallow by requiring students to set aside the powerful context of fair distribution strategies for both preparing and sharing food.  Another is an optimization task that becomes stilted by demanding painful differential strategies when optimization could easily be handled in context by discrete methods and approximations. Layering a skin on a learning experience that uses a context from learners’ off-campus lives is simply not enough, is often tokenizing, and frankly can be less authentic because it still suppresses the other ways of knowing it might initiate and because it centers a flattened version of that off-campus life. To be clear, this is a critique of badly done implementations, not CRSP. Indeed CRSP challenges us to help students reclaim strong cultural and linguistic identities and develop powerful critical consciousnesses, for example possibly by supporting students in modeling the racialized and gendered impacts of campus policies in service of their efforts to effect change or by investigating the distortion in world maps and their societal implications.

My point here is that the term real-world problem subtly offers an ideology in which authenticity is binary and anything associated with education is on the negative side of that binary.

Honestly, my knee-jerk reaction to the term real-world comes from a cultural context that is increasingly anti-intellectual and dismissive of educators, in which we are accused of being out of touch, of being biased by virtue of our expertise, and of trying to indoctrinate students into fads that deny an orthodox “reality”. When I hear or read the term real-world, it implicitly suggests that other things are unreal or fake. In particular, this term subtly suggests that educational spaces and institutions are a non-world, devoid of people, that I and all the passionate people with whom I work are not people, which I find to be profoundly dehumanizing. Classrooms and educational institutions are fundamentally human spaces, filled with humans doing human things in human ways with human tools for human purposes.

I certainly agree that lots of people feel dehumanized in educational spaces and by educational institutions. In fact, working to change some of these ways is my life’s work. But this involves reimagining education as more human, not attempting to detach it from humans.

I think that the crux of my issue here is that real is a quality of an EXPERIENCE, not a PHENOMENON. Algebraic objects, whether they are variables, groups, or moduli spaces, are real to me because I’ve built them in my larger, relatively coherent mental model. Readers familiar with Realistic Mathematics Education (RME) will see it here. In this model, which is closely connected to constructivism and is the foundation of most of the discussions of inquiry in the research in undergraduate mathematics education (RUME) community, doing mathematics involves horizontal and vertical mathematizing: very loosely, modeling phenomena and then exploring those models. The term realistic in the title RME refers to the claim that people experience mathematical objects as real through mathematizing, by constructing them in their modeled worlds.

In other words, real is relative to what is made sense of meaningfully by the person, not the origin of the phenomenon. A majority of the confessionals I get from people when they find out that I’m a math educator involve something like “I liked math until middle school, when my brain stopped working.”. I think these folks are often saying that their mathematics classes suddenly asked them to work with concepts that were not experientially/conceptually real for them, removing the option to engage in math as sense-making. The concept of a variable is extraordinarily subtle, and experts can move flexibly between various ways of working with them. I’m NOT suggesting middle school teachers (and all of us) should only consider decontextualized variables. Quite the opposite, I am suggesting that part of the work is making variables experientially real to learners. Some aspects of this learning are going to be best-supported by exploring covariation of quantities familiar to learners (horizontal mathematizing), and some aspects will be best-supported by exploring patterns within the systems built by students (vertical mathematizing).

What I’m suggesting here is more complex (hehe) than the real/fake or real/simplified or real/academic dualities that I think are suggested by the term real-world. It’s complex because what counts as real depends on the person, will be different for each learner, gets its value from being (re)constructed by those learners not from its sources, and can only be leveraged by listening to what students tell us is real to them.

TL;DR If you’re tempted to use the term real-world, (i) consider using messy, authentic, or realistic, (ii) if you are writing about teaching and learning, make sure you mean those words in terms of how the phenomena are experienced by learners, not just their source, and (iii) reflect on whether you might be implying that the human work of teaching and learning is somehow fundamentally inauthentic.

PS: And as Naehee Kwun [Twitter, website] reminded me, this critique doesn’t even deal with the problem with problems. What does real mean, what’s in the world, what’s the nature of a problem, and who gets to decide?